In this Checklist, with the guidance of many genetic studies and the aid of the scoring system employed to evaluate differences in morphology, vocalizations, ecology and geographical relationships, the number of taxonomic changes for the passerines has been significantly high. At present (totals may change slightly before publication), the current volume has 41 lumps and 628 splits, compared with the taxonomy presented in the HBW series. Groups with major changes in species numbers include:

* Those included in sample page subject to change before publication.

The Handbook of the Birds of the World (HBW) is the first work ever to illustrate and deal in detail with all the living species of birds. The 17-volume encyclopaedia contains texts and illustrations from 277 authors and 33 illustrators from 40 countries. The highly acclaimed series is the starting point for this Checklist, so the project already includes the work of a large group of specialists from around the world.

BirdLife International is the worlds largest nature conservation Partnership. Together we are 120 BirdLife Partners worldwide  one per country  and growing, with 13 million members and supporters, over 7,000 local conservation groups and 7,400 staff.
BirdLifes vision is a world rich in biodiversity, where people and nature live in harmony. We are driven by our belief that local people, working for nature in their own places but connected nationally and internationally through our global Partnership, are the key to sustaining all life on this planet. This unique local-to-global approach delivers high- impact and long-term conservation for the benefit of nature and people.
BirdLife is widely recognised as the world leader in bird conservation. Rigorous science informed by practical feedback from projects on the ground in important sites and habitats enables us to implement successful conservation programmes for birds and all nature. As BirdLife is the official Red List Authority for birds for the IUCN and the taxonomy presented in this Checklist is the basis for the Red List decisions, this work has important implications for conservation.
BirdLife International would like this ongoing Checklist to be as participatory, open and transparent as possible. An online system will be established where anyone interested can provide information and comments on the work, and these will be considered for future editions. 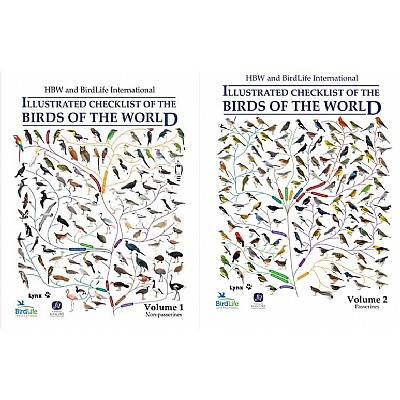